Skip to content
Forums
Main Category
Electromagnetism
What is a transisto...

What is a transistor?

Let me present you some experiments with transistors.

Please look at these two circuits: 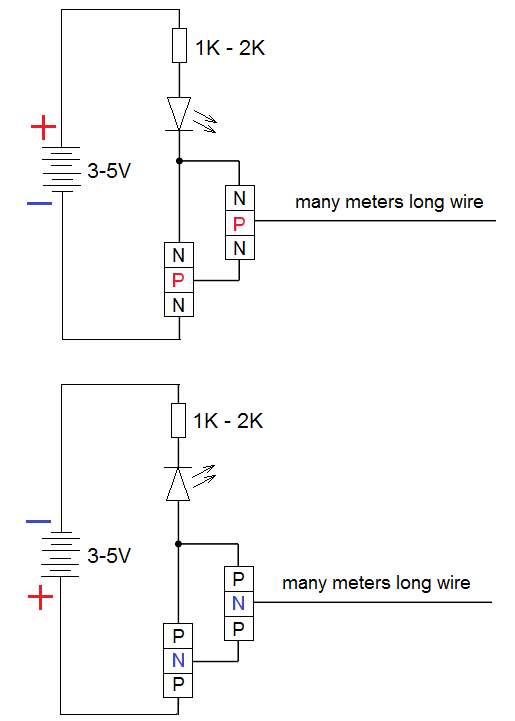 The experiment can be also carried out with only one transistor per circuit, but with two transistors it is more effective. The number of transistors doesn’t change anything principally.

The cloths after the rubbing produce the reverse effect from the rubbed objects. Still, their effect dies out much faster than that of the vinyl plate and the glass. 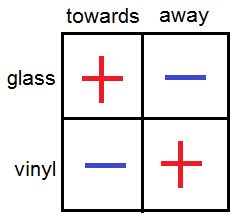 Let’s make the next experiment with these circuits. Look please at the diagram below: 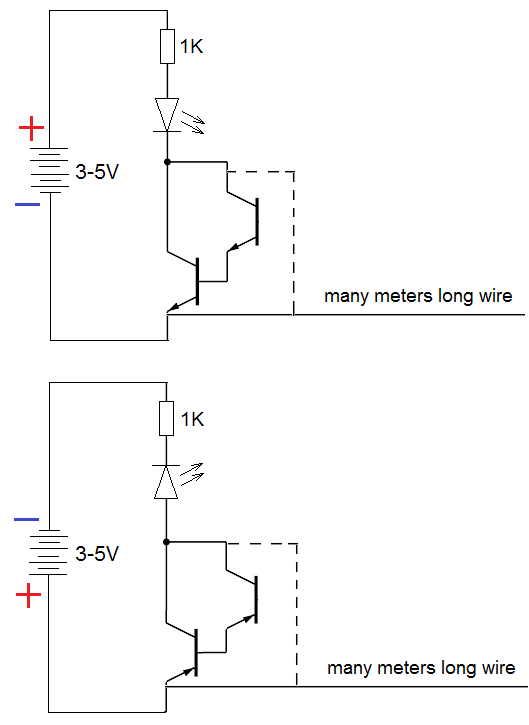 ( Here I have drawn the transistors with their electronic symbols. )

The circuits are the same as before, with only one difference. Both long wires are in this variant connected either to the emitters or to the collectors of the transistors as shown above, but not to the both at the same time. That’s why one of the two variants is marked with dashed lines. If we now repeat the already described procedure with the electrified glass and the electrified vinyl, then absolutely nothing happens, that is, the LEDs don’t light up at all.

Pay attention now, please. In the following circuits, a piece of wire (15–20cm or longer) is connected to each of the bases as shown below (the pieces are colored in red). 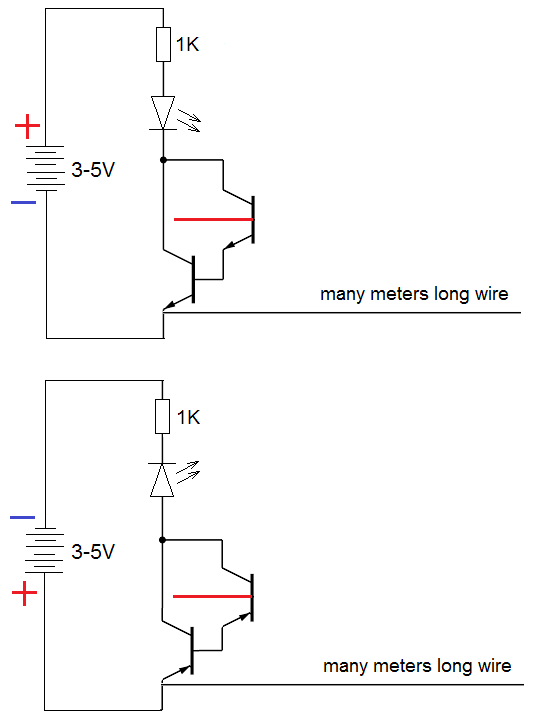 The other ends of the red wires are loose. These ends are far from the loose ends of the other wires where we exert the action of the electrified objects.

All this is valid also in the case when we connect the long wire to the collector(s) instead of to the emitter.

Still, I will not give the explanation now, but will do it in my next post in this article.

If you read the articles below, maybe you will find the solution by yourself:

What is electric current?

What is "ground" in electricity?

What is electromagnetic induction?

Electricity flows in an open circuit, too!

P.S. When the wires are pretty long, then it may happen that the LEDs shine dimly even without any exertion of the electric force of the glass and vinyl. In my view, it is happening because of the great electromagnetic smog in the air nowadays. The long wires in this case are actually antennas and since the two transistors offer a great amplification, the LEDs are shinning dimly.
To avoid this, increase the resistance in the circuits to 2 Kilo- ohms.
Why do I insist on long wires whose loose ends are far from the circuits themselves? Only to show that the exertion of the electric force of the electrified vinyl and glass has influence only on the wires and not at all on some elements of the circuits directly.

I urge every student and every teacher, who really seeks a true understanding of electricity, to replicate these experiments. It is one thing to read about an experiment, but completely other thing to sense it by oneself. It is like to read about what it looks like to live on Antarctica and to spend some time there personally.